We are so lucky at Consignment Canada and in this business to meet so many interesting people – consignors, customers, trade and film customers alike.

One of our trade customers, a Wednesday morning regular was Derek Hodge. 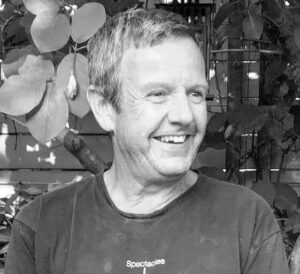 Derek would come in first thing on a Wednesday morning to find whatever treasure would work for him in his own business, Hodge-Podge Collectables. Mid-Century modern was Derek’s speciality and boy did Derek ever know his stuff. But we think one of the main things that brought Derek into Consignment Canada most Wednesdays was to visit Pepper, Carly?s corgi and the store meet and greet dog. Derek loved Pepper and she in turn looked forward to the almost weekly treat and fuss Derek made of her. She always knew Derek was in the store as she barked excitedly before he even reached her. Sadly Derek passed away suddenly in North Vancouver on August 20th.? So many of us will miss him dearly, but Wednesday mornings for Pepper will never be the same. RIP Derek.? 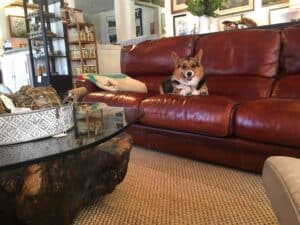 A few times a year, Coast Consignment is fortunate enough to have an important piece of furniture grace our showroom on consignment. Percival Lafer One of the pieces we …

How to Still Love Shopping but Reduce your Carbon Footprint

Yes! It can be done. Now more than ever the world is calling us to be consciences consumers. After a summer including our unprecedented and deadly heat dome, record …

Spring is firmly upon us and despite the ongoing challenges, frustrations and sadness with Covid, we decided to make some big changes here at CC to raise our spirits …