Only a handful of woman have ever made it into the male dominated world of furniture design and Eileen Gray is one of them. 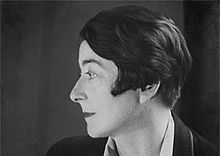 Eileen was born in 1878? in Ireland and moved to Paris in 1902 and lived there up until her death in 1976 at the age of 98.? Eileen designed the inviting and curvaceous Bibendum chair in 1926. Consignment Canada in North Vancouver recently received an incredible consignment of high end furniture from a Coal Harbour penthouse which includes a pair of these incredible chairs and are stock right now. The chair was named after a a voluptuous male figure, the legendary Bibendum Man who was a friendly character created for the Michelin company on the late 19th century and still used for Michelin Tire Company branding today and known as the Michelin Man. 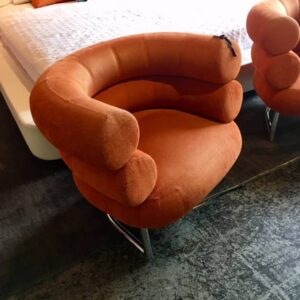 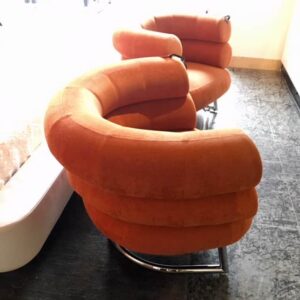 In the late 1970’s Gray signed a contract with Aram Designs, London to reproduce the Bibendum Chair and many of Eileen’s favourite pieces for the first time.? The Bibendum chair is considered “one of the guys” unlike it’s Designer, Eileen and stands with Mies van der Rohe’s Barcelona Chair and Le Corbusier’s Grand Comfort. The Bibendum Chair is still in current production and its licensed reproductions are much sought after and valued at several thousand dollars. Eileen continues to stand alone as a pioneer in this male-dominated field of furniture design.

Come in to Consignment Canada in North Vancouver today to try out these incredible and important chairs and consider making them a part of your home.

A few times a year, Coast Consignment is fortunate enough to have an important piece of furniture grace our showroom on consignment. Percival Lafer One of the pieces we …

How to Still Love Shopping but Reduce your Carbon Footprint

Yes! It can be done. Now more than ever the world is calling us to be consciences consumers. After a summer including our unprecedented and deadly heat dome, record …

Spring is firmly upon us and despite the ongoing challenges, frustrations and sadness with Covid, we decided to make some big changes here at CC to raise our spirits …